Cycling on the green way, Via Ardèche!

The greenway in the south of the department

The map of the greenways of the southern Ardèche as a whole, with the sections already existing and those still to be developed.
A large-scale project with 70km of cycle paths from Lalevade d’Ardèche to the gateway to the Gard. 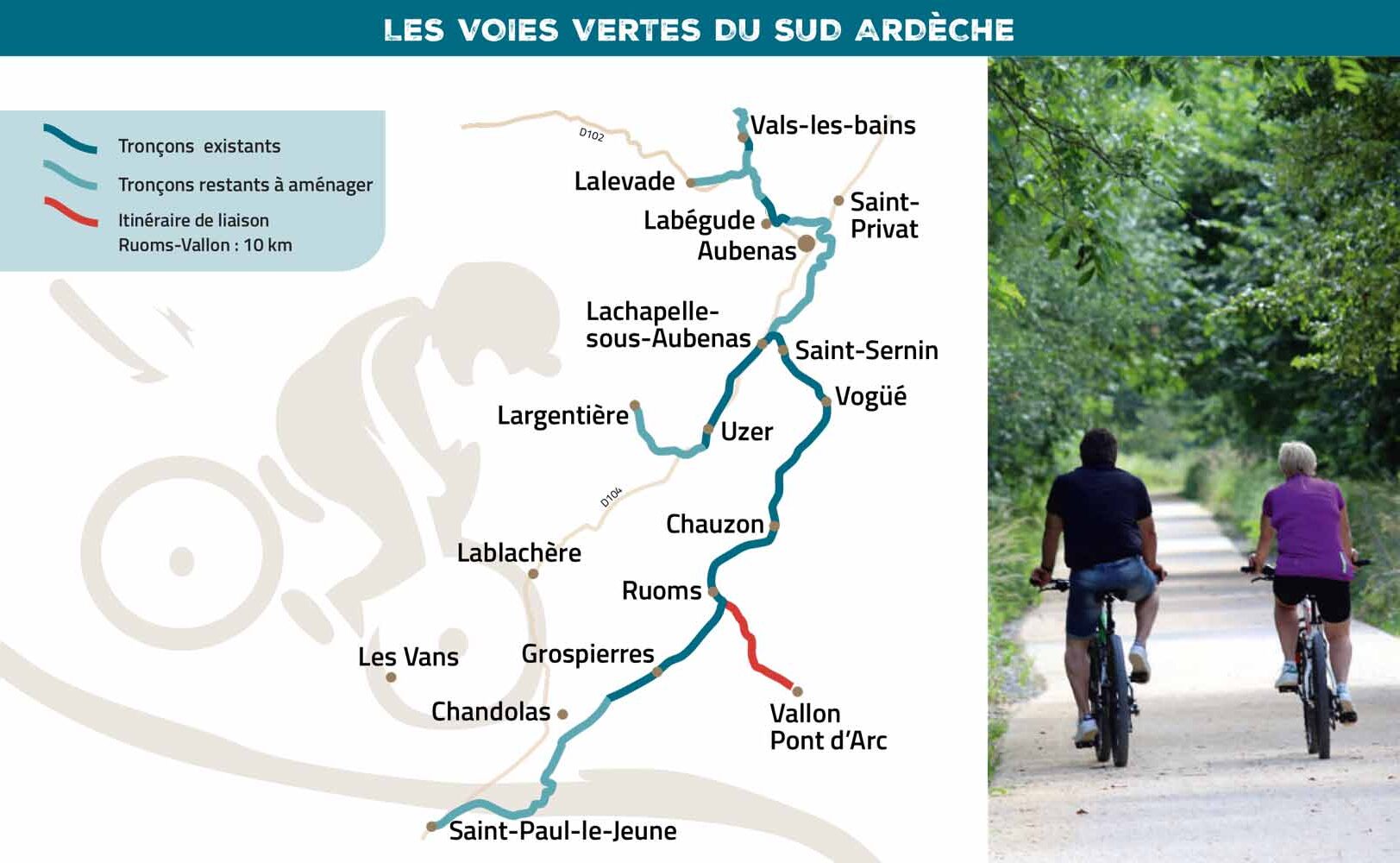 On the 22 km between Vogüé and Grospierres, from there you will have the possibility of continuing on the soft way going until Vallon-Pont-d’Arc.