The feudal castle of Castrevieille, at the entrance to the village, is a large set of buildings flanked by towers which makes it look like a fort. The castle houses meeting rooms and S/C accommodation… Free access to the classified staircase every day.

The castle affirm itself by its imposing size, a 32 meters by 15 quadrilateral.

On the west side, it is flanked by two round towers of different bill, that of the north-west is pretty handsome, while that of the south- West is built of river stones up to two-thirds, then black volcanic stones. To the east, the square tower is of 14th century military structure. The south facade is the one with the most beautiful order. On the ground floor, in the middle of the building, a classical entrance gives access to the floors by a monumental staircase Henry IV arcades and balusters, built in sandstone at the beginning of the seventeenth century; on the right as you enter, a vaulted room shows a large and beautiful fireplace. According to the Vicomte de Montravel, author of a monograph of Jaujac, the Castrevieille, coseigneurs de Naves, came, we do not know in what circumstances, but very formerly, to the castle of Castrevieille. The oldest known is Peter, living in 1303. After seven generations, the house of Castrevieille fell into a coffin and after various vicissitudes, he died by inheritance from Emmanuel de Launay, Count of Antraigues. Since he had emigrated, his estates were sold as national property. The castle and the estate of Castrevieille were thus sold in April 1797, through a nominee, to the Countess of Viennois, sister of the emigrant! He then became the property of Father Monteil, then of Madame Hely, his relative. It was finally acquired by the commune of Jaujac on September 26, 1880, in order to make it a public school. A few years later in 1890, the commons were razed to build in the same place the boys ‘school and then the girls’ school in the north courtyard of the castle, teachers being housed in the castle. From 1960, the girls’ school was raised and housing for teachers on the ground floor. The decision to install rural lodgings was made, a first step of the restoration consisted in sealing the important cracks of the round tower south-west and the square tower south-east side. In 1990, more than half of the roof was renovated and floors on the upper floors replaced with new flooring. Work still relatively to be done to restore it, but as it is, despite the changes made in the eighteenth and nineteenth centuries, it looks great and is a popular witness of the history of Jaujac. 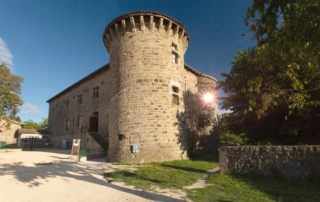 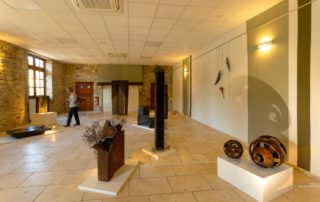 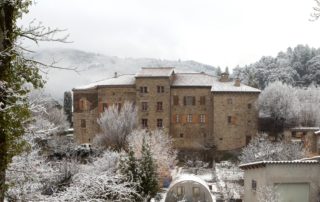 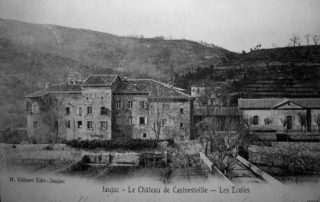