Different historic houses are present in the village with features such as mullioned windows. Not visitable.

House of Goys and Passage Sieur Vallon
Private property: Mr Giraudet and Mrs Maze, located rue Mercière, formerly rue des Goys. House of Lords of Goys. Sieur de Vallon, Francois de La Baulme had married Marie de Goys. He was an adviser to the King and Grand Chamberlain (close to the King who watched him get up and go to sleep).

House Tourvieille
Currently convalescent home of the Condamine, located on the Place de la Fontaine; formerly Place du Coudert. In 1640: residence of Sieur Pierre Fournier. In the nineteenth century: dwelling of François Emmanuel Tourvieille, doctor and mayor of Thueyts from 1846 to 1848.

House House Chapuis Chapuis
Property of the town, located at Place du Terras. House built in the nineteenth century. Was occupied by the police (horse). It was restored in 1999 by the municipality which has converted into housing. The wrought iron balustrade bears the date 1846 and the initials IS or JS. 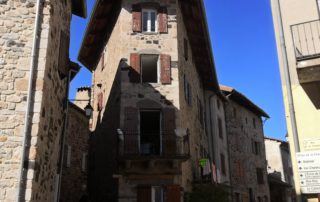 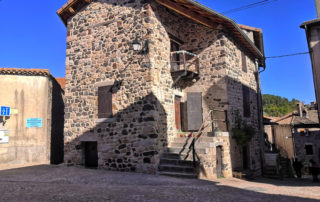 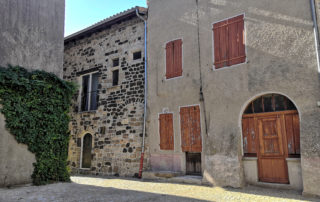