Thueyts stands on a basalt platform above the Ardèche River with amazing views of listed sites such as the Echelle du Roi, Gueule d’Enfer and Chaussée des Géants.

In the village, go to meet the old stones, fountains and laundries that will reveal the history of the village.
Thueyts comes from the Celtic Attegia means huts. Let yourself be seduced by the richness and beauty of the built heritage, go to meet old stones that will reveal the history of the village, through the ancient streets.
The Apic Bridge: The history of the village begins around 121 BC, the Roman army annexes the province; in Thueyts will be created Villa Vindicatis, or Vindicatus, at the current location of the church. In VIIe will be built the Saint chapel
Bauzile destroyed in 1572, it will become chapel Saint Roch during its reconstruction in 1718. In 938, the chapel St Bauzile and the lordship will return to the monks of the abbey St Chaffre of Monastier sur Gazeille (Haute Loire). The castle of Blou, built around the 12th by the family of Pressis, will pass into the hands of the family of Blou in 1461, by the marriage of Marguerite des Pressis with François de Blou. It was reworked many times, and became a pleasure castle in the eighteenth century. In 1986, the municipality became the owner. You can see glazed tile roofs, a fireplace called Sarrazine, and restored vaulted rooms. Thueyts has several listed buildings: the Pouget Tower or Gaschet, built in the Renaissance, it has beautiful architectural features such as a spiral staircase with cross vaults, a molded door with flamed coat of arms or molded mullioned windows. The Romanesque church of St Jean Baptiste was rebuilt several times before being completely rebuilt in the 19th century. The former priory located rue de la Fontaine, was the home of the monks of St Chaffre, and became a clerical college in the seventeenth century. Rue Mercière, you can admire two beautiful Renaissance mansions; the former house of the notary Eschallier and the residence of the lords of the
Goyim. Rue Haute a Renaissance house, has a beautiful stone staircase and a French ceiling. In the district Les Higoux, you can see the Gast House, home of the notary family De Gast in the thirteenth. Fountain Square, Maison Tourvieille, home of Sieur Pierre Fournier in 1640, became in the nineteenth the home of Emmanuel Tourvieille, doctor and mayor of Thueyts from 1846 to 1848. In the vicinity are many natural sites such as the Chaussée des Giants, basaltic casting among the highest in Europe. The Ladder of the King, natural fault in the basaltic flow, at its arrival several belvederes offer a panoramic sight on the valley of the Ardèche and the Devil’s Bridge. The Scale of
Queen with its 215 steps to discover the valley of the Vernède. The waterfall of the Maw of Hell, fed by the brook Merdaric, makes a vertiginous jump of 80 meters.

All year round, daily. 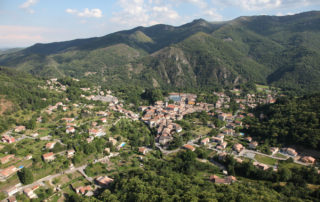 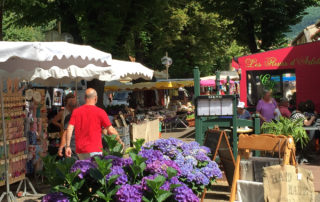 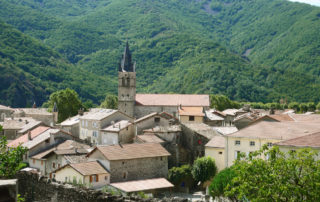 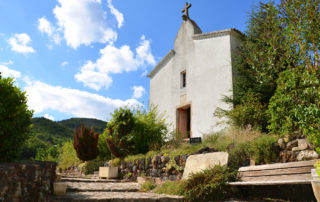 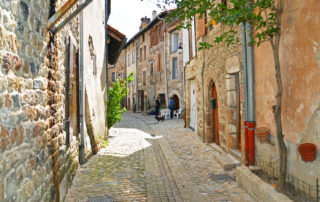 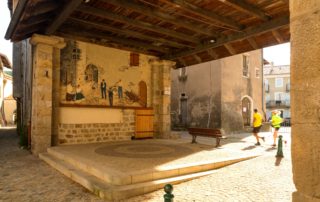 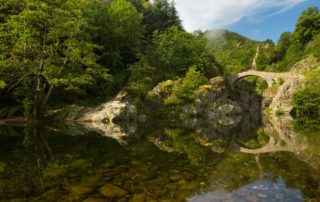 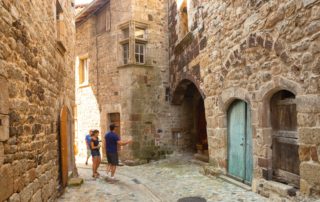 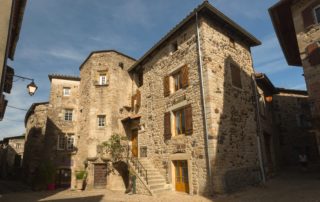 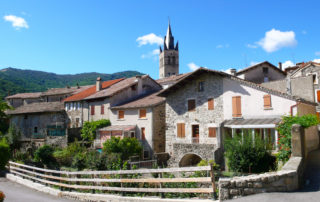