La Souche is a typical village of the high Cevennes valley at the foot of the Tanargue massif. It is located upon the hill at 575m and its highest point is 1498 m.

History
Church of the Souche

The parish of La Souche was long, since the twelfth century, an annex of Jaujac. The church of La Souche was not built until the middle of the 14th century, when the village was separated from Jaujac. It was dedicated to Saint Sylvester and Saint Savior as evidenced by the acts of 1391 and 1426. It included the parish of Saint-Louis created in 1869. The church however too small was redone in 1504 and undergoes many transformations thereafter , especially with the construction of many chapels (the church of 1715 had many chapels).

That is why, Father Deydier, parish priest of La Souche from 1862 to 1882, to remedy the difficulty of maintaining all the chapels, decided to remake the church entirely on the same site. This is the current church. It was inaugurated on May 20, 1870. Father Regis Moulin, parish priest of La Souche in 1966, restored the church in 1968-1970. The roof was taken over by the municipality (Mayor M. Escoutay). On July 18, 1970, Bishop Hermil came to preside over the centenary of the construction. Since then we still restored the bell tower (which contains 3 bells) high 43 m, under the mayor Constanzo. The interior of the church deserves a stop for a moment: 3 beautiful altars, the great Christ carved wood behind the main altar, on the vault of the choir is painted a beautiful Christ in majesty whose It made the locals say, “Strong as the God of La Souche”.

St. Louis and his church: The small church became a parish in 1869. The church was built in 1871. It was completely restored by Father Régis Moulin. At the beginning of the 19th century, St Louis had 2 schools, a public and a layman, it was a very populated hamlet.
Castle Charay (Charaix): It was noble Guillaume de Ginestoux who was the builder. He had bought the house and estates from noble Bertrand de Charaix. He built a castle in 2 towers. At the Revolution, the estate of Charaix was sold in several times. There is only one tower left today.

Patrimony
The chapel is located along the path Endettés which bypasses the village and connects the Church to the Castle Charrail. Chemin precisely named because it allowed the people having some debts towards the tradesmen of the village to be able to move without being noticed.
Painting: Inside the Church of St Sauveur, this Christ in majesty is one of the three murals that adorn his walls. Below, a Christ in olive wood.
On the edge of the main street, facing the path that goes up to the Church, the Calvary, built in the center of the village, is one of the many places where the processions ended.

Sightseeing
The church of the chief town of the nineteenth, restored.
The village of St Louis and its church: from this point we discover an exceptional panorama of the whole valley of Lignon.
Do not miss: the interpretation table in the climb of the pass of the cross of Bauzon at the place called “the Chabanne”: exceptional view of the entire valley and often to the Alps. 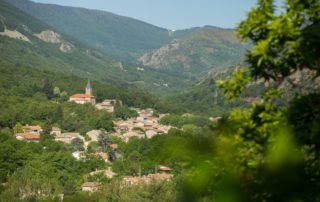 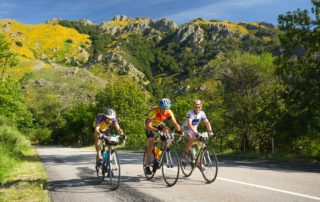 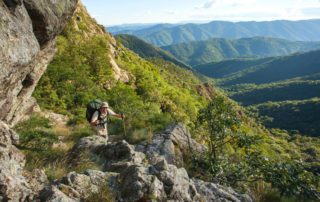 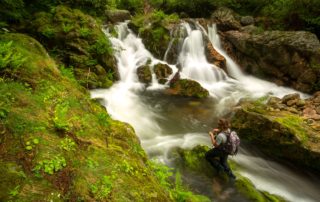 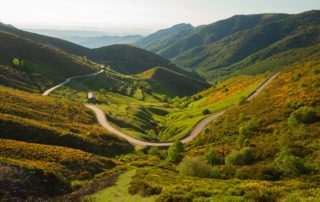 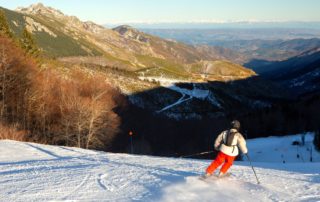 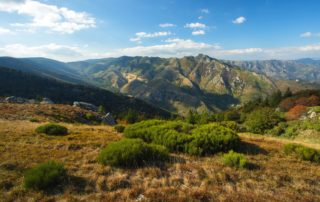 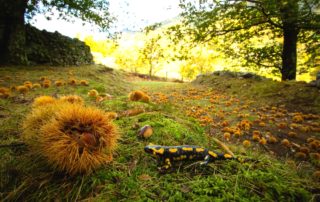 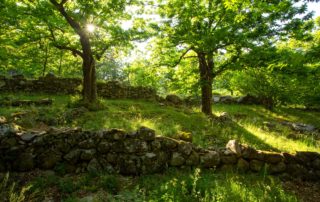