Montpezat-sous-Bauzon located at the confluence of Fontaulière and its affluent la Pourseille, at the geographic and climatic limit between the Bas Vivarais and the Ardèche Mountain, will seduce lovers of authenticity, nature and preserved landscapes.

The town of Montpezat developed, Ville Basse first, then Ville Haute, at the foot of the castle of Montlaur which controlled the confluence of the two valleys of the Fontaulière and the Pourseille, ancient ways of crossing the Cévenne towards the Massif Central.
For centuries it was an important mule-carrier and a trading hub between the mountains and the Rhone Valley.
That’s why buildings (shops, stalls, inns with huge stables, middle-class houses) have lined up along the road. In the middle of the nineteenth century, it was expanded with demolition and reconstruction of many facades that lost their old character. But architectural details still remain, interesting to discover: the béalière, the parish church, the doubles, ND of Prévenchères, the Priory of Clastres, the Calvary, the chapel Saint-Roch, the castle of Pourcheyrolles, the castle of Montlaur.

The Lower Town and its castle
This district dates back to the end of the 12th century. Important road of passage, the street underwent many demolitions after its promotion en route royale (1720). However, there are still beautiful facades (1633) which with the roofs form a protected site, registered.
The “Château”, a manor house with a beautiful Renaissance tower, can not be visited. The black stone, easy to work, used here is the “lahar”, material from mudslide mingled with volcanic slag and lava. See above on the left the “Joouselou”, sculpture of an angel.
Originally a defensive building with a blind facade, a round tower now starved; there was a large rectangular tower demolished in 1935.
The small chapel, connected to the castle by its footbridge was surmounted by the study of notaries Valentin in the fifteenth and sixteenth century.
Here was the most important toll of the northern Cevennes.
Next to the castle, on the small square, area to beat the flail used until about 1960, a cross of the plague with its buboes carved on the right foot.

The town with 5 volcanoes
The volcanoes located on the territory of the municipality of Montpezat belong to the province of the “Young Volcanoes of Ardeche”, one of the two youngest volcanic areas of the Massif Central with that of the Chaîne des Puys. No less than five eruptive mouths are located on the territory of the town: the strombolian volcanoes of Bauzon and Gravenne de Montpezat, and the maars of the Vestide du Pal, Ferrand and Chambon.
• The summit of Bauzon culminating summit of the village at 1471 meters.
• The Gravenne ancient strombolian cone of 806 meters.
• The Chambon carved in the base to extract stones cut for the construction of some houses of the village.
• The Vestide du Pal is one of the finest and largest craters of European maars. Forming a basin of about 1700 meters for a depth of 150 meters, it is dated (by thermoluminescence) about 49000 years (+/- 7000 years).
• Lake Ferrand: This small lake of maar (volcanic explosion crater) is located just west of Maar de la Vestide du Pal. It was filled with runoff water.
Marked hikes take you to discover these sites. 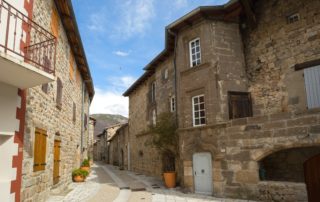 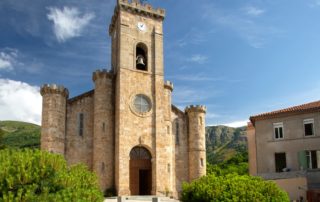 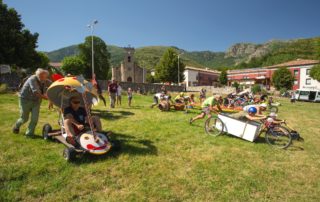 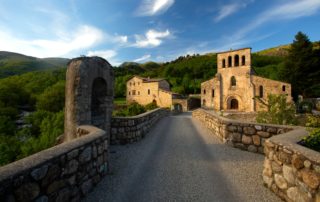 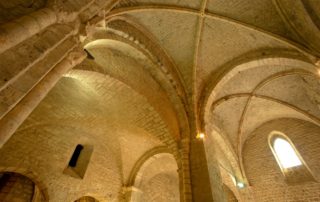 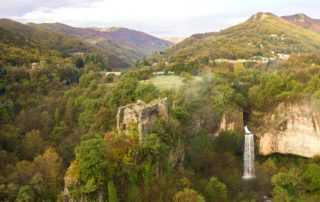 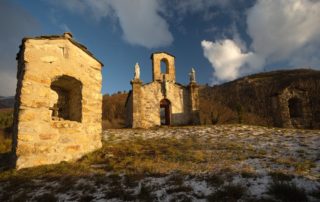 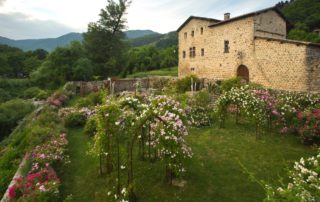